skip to main | skip to sidebar

Sorry I seem to post tons at one time and then take long breaks from my blog. It's just that when I start to get into DIY stuff I dive head first and work on tons at one time. Yet how is it infamous armoire is still not done?

Well anywho...I bought some frames from dollar general (I am a closet hoarder of frames) for 70% off. So in total I paid about $8 after tax for them. A deal I thought was great because I knew exactly where I wanted to put them. (two little gold frames I already had and will show a DIY later once I finish them) 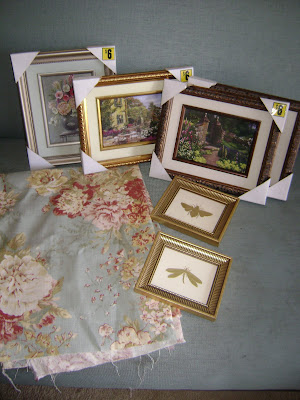 About a week later I finally got around to taking them apart. 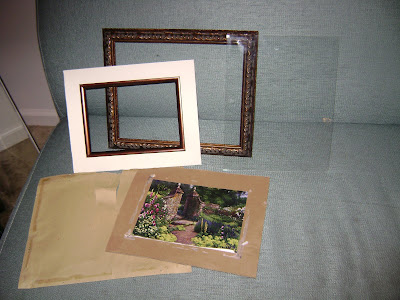 The little molding pieces just pop right off the matting. But be warned it was hell to get them back on. I took the molding pieces and the frame to the garage for a coat of flat black .99c rustoleum spray paint I had on hand. 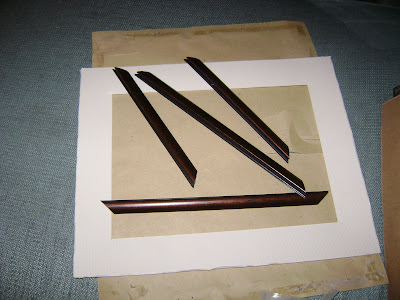 Then I got out some fabric I had stashed away from a reupholstery project I did earlier this year. Which dummy me forgot to use until I finished the first chair. Anywho it was bought for $5/yd at fabric world. Some spray adhesive from the same chair project, and an exacto knife ($3 @ Lowes). 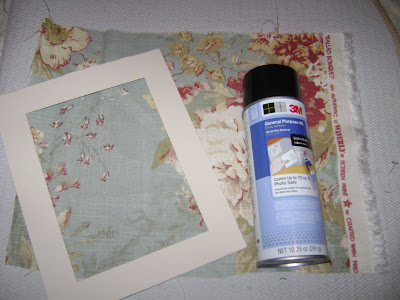 I sprayed the back of the fabric and laid the matting on it. I cut a square out of the middle and cut from the corners of the matting out so I could fold the fabric over (which was sticky enough from the spray to stick to the back with no help. 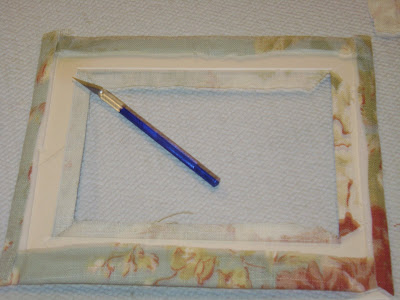 Here is the after result. 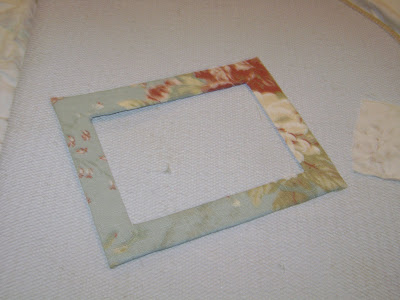 After the spray paint dried and I finished the matting I put all of the pieces together and stapled the backing into place. This was a bad idea. It pushed the staples with so much pressure it broke the glass. I replaced the glass later with another frame I had stashed away. But to be honest I broke 2 pieces of glass by the time I was done. I'm hard headed as heck so I didn't learn my lesson the first time. I ended up taping the back of the frame on which worked just fine. 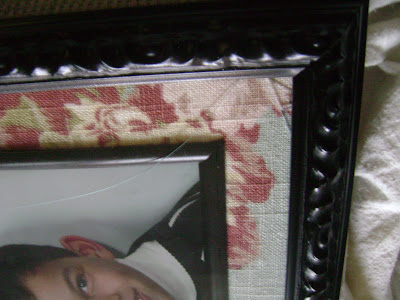 Here is the finished result. Before and after. I got this idea from High-Heeled Foot in the Door. 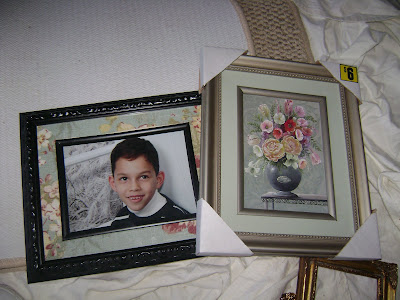 I'll be hanging these in my den which I'll share with you once it is painted!
I do have a couple of more projects to finish in there too though. I'll share with you this secret. Always check Fred's, Walgreens, and Dollar General for household items. You'll be surprised what will turn up at such great prices. (BTW I found some 14x14 ornate shadow boxes (which I need badly) for $6 at Fred's yesterday!)

Posted by Dreams of Perfection at 5:39 PM

adding your own fabric is fantastic and very custom looking!

I LOVE that idea! Will definitely find a way to do that somewhere. Nice work, A.

great job girl...i need to do that project. i saw something a while back at a store similiar. thanks

You sure are a crafty girl. I am impressed!

Dreams of Perfection
I love reading blogs and putting their ideas to the test. I figured why not start one of my own where I can show what I've been inspired to do. With Hubby and 2 kids in tow, I have plenty of help to achieve my dreams of a perfect home.